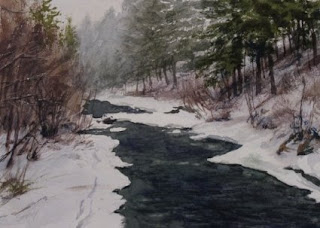 Reading David Copperfield this morning, I came across a passage about a character being “surprised” by something, and it suddenly occurred to me that I should be surprised by everything. I should literally be astonished every single moment, because the truth is that I have no idea what’s going to happen next. From one second to another, I have only the wildest guess as to what might be awaiting me. One second from right now (as I’m typing this), any of a zillion possible events could take place: a car could pass on the street, the phone could ring, I could turn my head in one direction or another, I could drop dead over the keyboard, and on and on. Every moment of my life is a bombshell, a bolt from the blue. I have no control over it. I might pretend that I do, but that’s like one wave pretending it controls what will happen next in the ocean. What happens does so because of far mightier forces than those possessed by the wave or little me. Something could blow up or blossom one second from now; something could die or rise up in newness; I could collapse or discover a stunning star above the house. It’s all a shock and revelation, every second, and I may as well sit back for the startling ride.