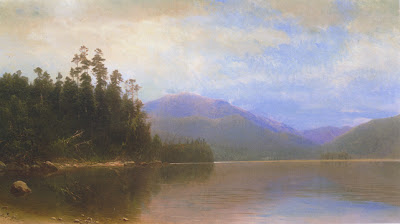 I realized, during my morning meditation today, that I am nearly always in a state of wanting something. Even when I’m sitting quietly in a chair at 5:00 a.m. and the world around me seems utterly serene and satisfactory, I often catch myself wanting ideas, wanting inspiration, wanting some great light to dawn inside me. Instead of being content with the perfection of the present moment, I’m nearly always wanting something to be different, desiring something I seem to lack, wishing things were somehow different. I’ll bet if a million dollars was set in front of me as a gift, I would fairly soon start thinking of something more that I want.

Most people (including me) try to do as many things as possible as quickly as possible. We measure the success of our days by the number of things we “get done”, which means we have to do them as quickly as possible. We’re like characters in a fast-forwarded film – dashing, racing, darting, scurrying, hurrying. I wonder if I could spend one day doing as few things as possible as slowly as possible. How would it be to live that way for a few hours? How would it be to ride my bicycle as slowly as possible for one hour, trying to cover as little distance as possible? How would it be to read literally “at a snail’s pace”, trying to set a record for the fewest words read in one hour? What would it be like to speak in a totally unhurried manner, thinking carefully about each sentence, each word? This way of living would receive little if any approbation in most circles. People who do as little as possible as slowly as possible are thought to be indolent, idle, lethargic, languid, sluggish, and – the terrible four-letter word – lazy. But perhaps, for one day, it wouldn’t be so bad to be apathetic and shiftless, turning the pedals on my bike so slowly the poor bike almost comes to a standstill. After all, I’ve seen the most beautiful birds flying in the most lethargic, unambitious, and graceful manner. Maybe I can learn something from them.