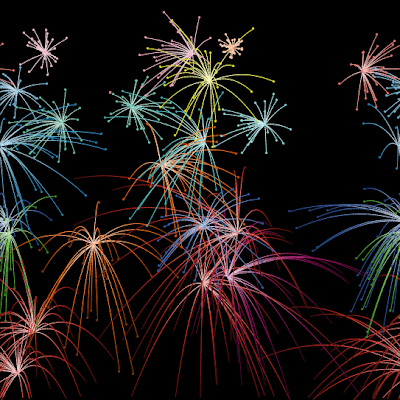 This morning, as I was getting my daily exercise by hiking up and down the steep hill in from of my house at 5:00 a.m., I began to see the traffic passing by in a different light. In the past, I have generally had very negative feelings about traffic. It’s been noisy, distracting, and upsetting to me, especially when I’m trying to focus on getting a good workout. Each time a car would roar past me, I would find myself feeling more judgmental and disapproving than ever. This morning, though, I suddenly began seeing the beauty in this morning traffic. Yes, oddly enough, the cars rushing down the hill in the early darkness actually began to seem striking and even thrilling. I’d be walking along in the silence and darkness of the dawn, and then, wooosh, a car would zoom past me and I would watch its glowing red tail-lights and its shine from the streetlights disappear down the street. I began to focus on these cars – listening for the sound of their motors approaching from behind, hearing the sound slowly build, then seeing the shining car speed past me and vanish with its shimmering lights, and then listening to the utter silence again. It began to be a rather exhilarating experience – somewhat like watching a fireworks display, I thought. Looking back, it seems astonishing that I actually found beauty in the look of huge air-polluting cars roaring past me in the quiet of a summer morning. It makes me wonder what other kinds of beauty I’ve been missing.