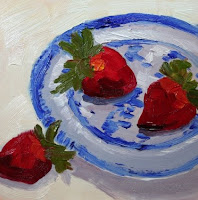 Today, in the middle of a 9th grade class, an odd feeling of distance, or vastness, came over me. I was there in my very small classroom with my 12 young scholars, but I suddenly had a sense of what I can only call the immensity of the situation. Yes, I was in a tiny school in a tiny town, but I was also on a huge continent on an enormous planet in an immense galaxy in an immeasurable universe. A very clear feeling of being part of something enormous came to me, and, in the middle of a complicated and sometimes stressful English class, it was a good feeling. It helped me see, if only for a few moments, that I was a participant in something so vast that it could comfortably contain any situation that might arise. In the biggest picture of all (which I was briefly seeing), nothing that happens in English class is of any over-riding concern. Kids’ behaviors, low grades, parent complaints, disastrous lessons – none of this was any more important than anything else, and all of it could be soothingly held by the measureless universe we’re part of. It gave me a momentary feeling of utter security and assurance, as if I couldn’t do anything really wrong. After all, in a cosmos this big, any so-called mistake is quickly swallowed up by the easygoing and endless distances of the universe.  Later, I came across this passage in Joseph Conrad's Heart of Darkness, and it sounded strangely similar to the feeling I had in class today. Marlow is talking about his preparations for heading into the jungle as captain of a steamboat:

"After this I got embraced, told to wear flannel, be sure to write often, and so on--and I left. In the street--I don't know why--a queer feeling came to me that I was an imposter. Odd thing that I, who used to clear out for any part of the world at twenty-four hours' notice, with less thought than most men give to the crossing of a street, had a moment--I won't say of hesitation, but of startled pause, before this commonplace affair. The best way I can explain it to you is by saying that, for a second or two, I felt as though, instead of going to the centre of a continent, I were about to set off for the centre of the earth."

As hard as it is to explain, I sometimes feel like I am "about to set off for the centre of the earth" each time a new class begins.