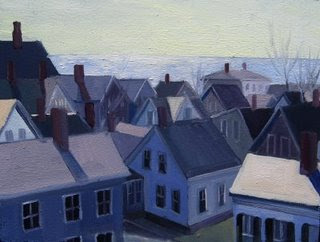 Today was a lucky day for me: I made three beneficial mistakes.

First, I broke a class routine that’s been consistent and strong since the first week of September. Instead of starting class with silent reading and refreshments (ice water and one animal cracker apiece), I decided to move immediately into the lesson. The kids came in and, instead of quietly settling into their English studies with a small pick-me-up and a few pages from a good book (as they had for the last 123 days of school) they were confronted with a totally different way of beginning class. They must have felt like, “Wait, am I in the right class?” A break in a productive routine can be a major shock, a truth I forgot when I thoughtlessly yanked the kids off in a new direction today. As if that wasn’t bad enough, I also pushed them into the day’s lesson too quickly. Instead of gradually and gently leading into it – instead of generating interest and setting out a clear roadmap for the lesson, I simply started running with it, and the scholars, unsurprisingly, weren’t able to follow. In my excitement about the activities I had planned, I forgot to get the class excited too. I plunged in and left the scholars far behind, off course and thoroughly befuddled. The final useful mistake today was my internal defensiveness and self-pity when my supposedly exciting lesson fell flat on its face. As I was blah-blahing about a topic I thought the kids would find interesting, maybe even electrifying, all I could see on their faces was bewilderment and ennui – and it was a hard blow to my ego. I felt more and more sorry for myself as the minutes stumbled along, and by the end of the class I was sure I was the worst teacher in southeastern Connecticut. “Poor me,” I thought. “Is there any teacher more deserving of pity than poor me?” Instead of realizing that there can’t always be sunshine outside, or good news from the stock market, or a good night’s sleep, or a perfectly cooked meal, or a thoroughly successful English lesson, I acted like an overemotional adolescent. Instead of bravely accepting my bad teaching with as much willingness and dignity as I accept my good days in the classroom, I moped and pouted and patted my poor self on the back.

These were serious mistakes, but, as I suggested earlier, they were also beneficial ones. These three mistakes taught me three lessons, showed me three new ways to improve my teaching, brought me three good gifts. The way I learn best is by studying my mistakes, and today gave me some splendid material for study. It was, indeed, a lucky day for this old teacher.