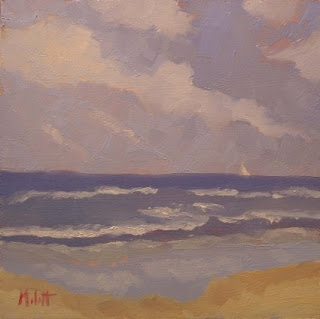 A girl who came to class early this morning immediately began to set up chairs around the table, and it set me thinking about the whole process of learning. I’m a teacher, and this is a school, so learning is what I’m involved in -- both the formal and informal kind, both organized lesson-learning and the less formal, out-of-the-blue kind that happens moment by moment. What was happening with this girl was the second kind. As she went around the room quietly placing the chairs under the table, she was surely learning something about herself. She was realizing, once again, that she has the power to make good things happen. Sure, she was only putting chairs in the proper position in a small classroom in a small school on a run of the mill day in February, but in doing so, she was doing her part to make the world a better place. I’ll bet she was smiling inside. I’ll bet her heart was swelling a little with the sense of generosity and accomplishment. She was learning a small but wondrous lesson – that even the slightest acts of kindness can bring light to a world that often, these days, seems more dark than bright.

During one 8th grade class, as the “teacher’s assistant” (a different student each week) was leading the students through a lesson in a vocabulary book, my stomach started seriously growling, so I excused myself from the room, asking the TA to carry on. I walked the halls for a while, trying to settle my stomach, and by the time I returned about 10 minutes had passed. As I came down the hall, I couldn’t hear a sound from my room, and when I walked in, the students were bent over their vocabulary books in utter silence. There wasn’t a sound in the room except for the rustling of pages and the occasional scratch of a pencil. I found this gratifying and, more than that, astonishing. When I was a teenage student, this never could have happened. If a teacher had left the class alone, disarray and havoc would have swept through the room with very little delay. Today, though, the same calmness that existed in the classroom when I left was still evident when I returned. The kids had worked diligently when I was with them, and they apparently had worked in the same manner when I was not. At the risk of oversimplifying, the only explanation that I can come up with is that the students knew that I trusted them to behave like serious students when I was gone. I’ve occasionally talked to them about this – about the fact that if I ever did have to leave the room for a few minutes, I would totally trust them to handle the situation like grown-up and reasonable scholars. In fact, now and then during the year, when the students were involved in a literary discussion, I have quietly left the room to get a drink of water down the hall, perhaps even pausing to converse with a teacher on the way, simply in order to give the students a chance to show their trustworthiness. When I returned to an orderly classroom, I always praised them for proving how dependable they were. Perhaps they truly listened to my praise and believed it. Perhaps they have grown to believe that they are reliable and responsible people. Perhaps that’s why they proved it again today.